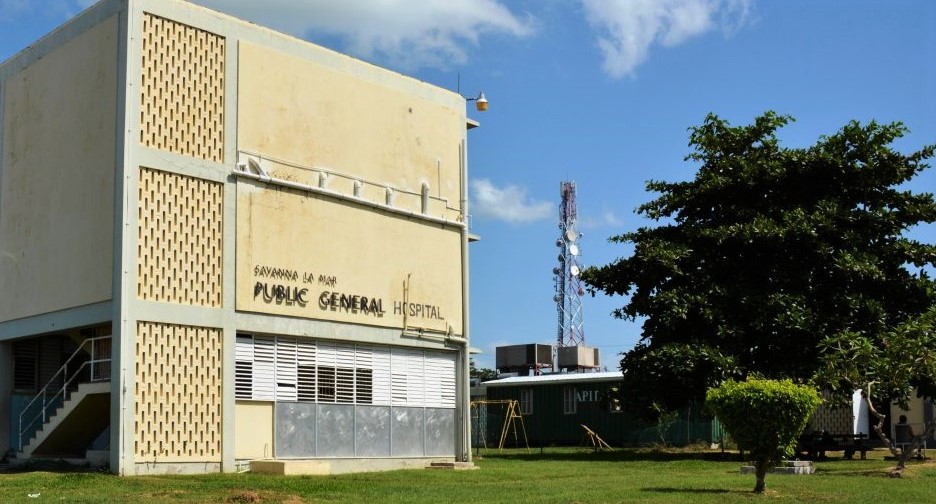 The Westmoreland Public Health Services provides preventative and curative health care primarily to a population of over 141,800 persons living in the Parish of Westmoreland. This accounts for approximately 31% of the total populace of the Western Region.

The Westmoreland Public Health Services is an integration of Primary and Secondary Care Services within the parish of Westmoreland and a division of the Western Regional Health Authority.

The parish’s public health facilities consist of a Public General Hospital and twenty-one (21) Health Centres of types 1 to 3 strategically located across the parish.

Services are offered across the parish by qualified staff who manage the services, and address the health issues of a primary and secondary nature. Some services are provided at the health facility while others are carried out in homes, business places and other premises.

Promotion of Healthy Lifestyles through Community mobilization and participation and intersectoral collaboration; control of diseases through surveillance, provision of preventative, curative and rehabilitative services; through a network of community-based organizations and efficient Health Personnel and facilities.

Services will be appropriate, affordable, accessible, reliable and cost-effective to the populace.

The mission of Savanna-la-mar hospital is to provide quality holistic healthcare to the general public, in a cost-sharing manner, following national guidelines; to continually train and educate our colleagues and the community at large.

Over the years other buildings were added to the original barracks for use as wards, administration offices, dispensary, matrons’ and nurses’ quarters, operating theatres, private wards (furnished by public subscription) and a tuberculosis ward.

The random origins of the institution were reflected in its organisation. When a medical officer took over in 1940, he found himself in sole charge of the whole medical district including the hospital, almshouses and outstations. He was required to do the police work of the district and operate ancillary health services such as vaccinations and clinics for yaws, still prevalent in those days.

At the hospital there was a matron, a pharmacist, six nurses and a small domestic staff. There was no x-ray unit or laboratory.

Over the ensuing years, with increasing demands on the health services, the medical and nursing staff were increased and x-ray and laboratory facilities added. Although the work of the hospital proceeded apace, the public was always aware of the inadequacies of the facilities. The typhoid epidemic of 1956-57 served to emphasize the need for a more spacious hospital, and the demands of the people became more persistent and vociferous.

It was recognised that many other areas of the country also needed new hospitals and so the community began a policy of self-help. To this end, a hospital fund committee was formed to arrange fund-raising functions and collection of donations. This community effort was supported by people from all over Westmoreland.

In 1958, a fire destroyed many of the hospital buildings. This brought home forcibly to the government the pressing need for safe and adequate facilities and resulted in the planning and construction of our present hospital.

Many generous gifts were contributed to make the present hospital possible. The British Government, through the Colonial Development and Welfare Fund, provided a large portion of the money for construction. The then Custos of Westmoreland gave land in memory of his late parents. The West Indies Sugar Company donated money to purchase instruments for the operating theatre. Money subscribed by the general public went to defray the cost of the x-ray equipment. Many ‘Friends’ of the hospital gave items of furniture for the comfort of both staff and patients.

The present hospital was finally officially opened on the 24th of July 1964, by the Hon. Herbert Eldemire, then Minister of Health.

Private Duty Nurses
If private duty nurses are desired or required, requests should be made through the nurse-in-charge of the ward who will notify the nursing office.

Clergymen of all faiths are welcome to visit members of their congregations who are patients in hospital with the permission of the nurse-in-charge and the patient. Chapel Services (non-denominational) are held every Wednesday at 3:00pm for staff and clients. These services are co-ordinated by members of the Westmoreland Ministers Fraternal.